A Ship to Retire On

Panama Course - News - A Ship to Retire On 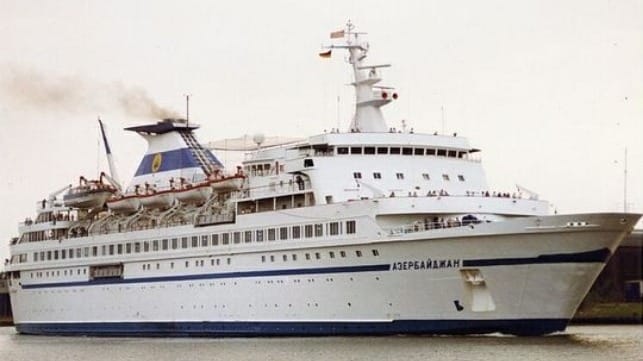 Another firm is looking to enter the challenging business of residential cruising, but this time with a twist. Cruise Retirement USA, a firm headquartered in downtown Miami, is offering seagoing residential services specially tailored to the needs of retirees 50 years of age and older.

Cruise Retirement’s vessel, the Enchanted Capri, has a long and globe-spanning history. She was built in Finland in 1975 and entered service as the Azerbaydzhan (or Azerbaijan) for the Odessa-based Black Sea Shipping Company, a Soviet entity. She has had many operators since, including Commodore Cruise Line, Faraglioni, and Demar Instaladora y Constructora, an offshore construction company based in Mexico City. For the last ten years she has worked as an floating hotel for offshore oil and gas workers. As of Friday, her AIS signal showed her moored at an industrial yard in Tampico, Mexico.

Cruise Retirement says that she is currently undergoing a refurbishment and will offer modern lounge areas, a theater with a regular program, a fitness center, beauty salon, library, casino, swimming pool, netted golf practice range, shops, buffet restaurant and a fine dining restaurant. In addition, she will have “fully staffed medical facilities.”

Long-term cruise packages for older customers are an established part of the cruise landscape. For all cruise lines, the average age of cruisers on the longest voyages (over 16 days) is about 58 years, according to a recent survey by JD Powers. Even for weeklong and two-week voyages, the average age is above fifty – the target audience for Cruise Retirement’s offerings.

Longer, multi-month packages explicitly for seniors are also available. Oceania offers a “Snowbird in Residence” package for months-long voyages in the Caribbean. (In North America, a “snowbird” is a retire who leaves a residence in northern latitudes for warmer climates during the winter.) This specialty offering was launched in 2016 at a price of $20,000 per person for 72-day itineraries. Oceania president and CEO Bob Binder described the package as “the vacation home of [your] dreams, a home that takes [you] to one carefree Caribbean destination after the next.”

Anecdotal reports in the mainstream media suggest that a small number of seniors piece together a full-time retirement at sea aboard mass-market cruise ships, although the numbers appear low. The financial cost and the availability of specialized healthcare may be limiting factors for the potential of a “do-it-yourself” approach to cruise ship retirement.

If successful, Cruise Retirement would become one of a very small number of residential cruise operators, a sector occupied primarily by the 165-residence luxury vessel The World. A competing venture, dubbed Utopia, has seen construction postponed multiple times since a 2009 announcement of a 2013 delivery date. According to Utopia’s developer, 190 out of 200 planned “estates” aboard the yet-to-be-completed vessel are still for sale. Genting Hong Kong subsidiary Crystal Cruises recently abandoned its own plans for ultra-high-end individually owned suites, or “Crystal Residences,” which would have ranged from 600 to 4000 square feet each.