Cargo transit via Ukrainian seaports up 38.4 pct in Q1 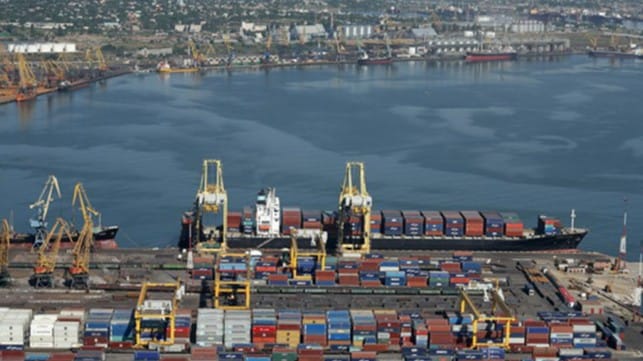 KIEV, April 27 (Xinhua) — The cargo transit volumes through the Ukrainian seaports were up 38.4 percent in the first quarter of 2018, the Ukrainian Infrastructure Ministry said on Friday.

In the recording period, Ukraine’s maritime ports handled 3.2 million tons of transit freight, which accounted for 10 percent of the overall cargo throughput, the ministry said.

The import freight traffic in the Ukrainian seaports rose by 30 percent in January-March to 5.6 million tons, while the export traffic was down 7.4 percent to 23.8 million tons, it said.

Ukraine, which set a target to become an important transit hub between Asia and Europe, last year has launched a major renewal of the country’s port infrastructure, which envisages modernization of all 13 maritime ports.