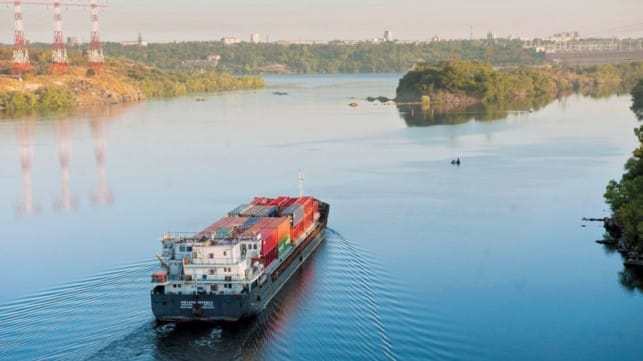 The Dnipro is the longest river in Ukraine, and the fourth longest in Europe. It could also be a major transport route, but Ukraine isn’t taking advantage of it — and millions of dollars of potential earnings from the waterway are draining away as a result.

Stretching 1,000 kilometers across Ukraine, from Kyiv in the north to Kherson in the south, and stretching in a wide bend into eastern Ukraine, the Dnipro River could be a boon for cargo transportation across the country. It also has been advocated by various lawmakers and experts as a better and cheaper alternative for freight transportation compared to the country’s crumbling road network.

The Dutch, whose country is synonymous with canals, waterways and water management, are a natural choice to play a key role in realizing Dnipro River’s freight transportation potential.
And so in partnership with donors, international financial institutions and the Embassy of the Netherlands in Kyiv, Ukraine’s Infrastructure Ministry has launched the Dnipro Development Initiative to harness the river’s transport potential. The Netherlands is providing its waterways expertise to develop the underutilized sector.

As part of the initiative, seven Dutch companies have united to form WaterwayTechHolland, a maritime delegation supported by the Dutch government to help revitalize the Dnipro River by providing services, expertise and training within the sector.

One of the companies, Antea Group, is currently building the world’s largest river lock in the Netherlands, and is planning to visit Zaporizhia in July to inspect the city’s locks, and come up with a concrete action plan to increase its capacity. Zaporizhia is the site of a large Soviet-era hydroelectric power plant — the Dnipro there has been dammed, and two channels equipped with locks allow shipping to pass.

But neglected for over 30 years, Ukraine’s river infrastructure has been starved of investment, which makes much of it now obsolete. To catch up again, Ukraine needs to attract a large flow of investment.

Stefffen Seenk, from consulting firm Larive’s, which is helping draw up development projects in Ukraine, says that this could also be a chance for Ukraine to start developing its maritime infrastructure in a sustainable way.

“The Dnipro River offers a great opportunity to develop a low-cost, environment-friendly mode of transport,” Smeenk said. “And Ukraine has to take its own decision about how to do this.”

So far Ukraine’s lawmakers have been doing a poor job of that, however. 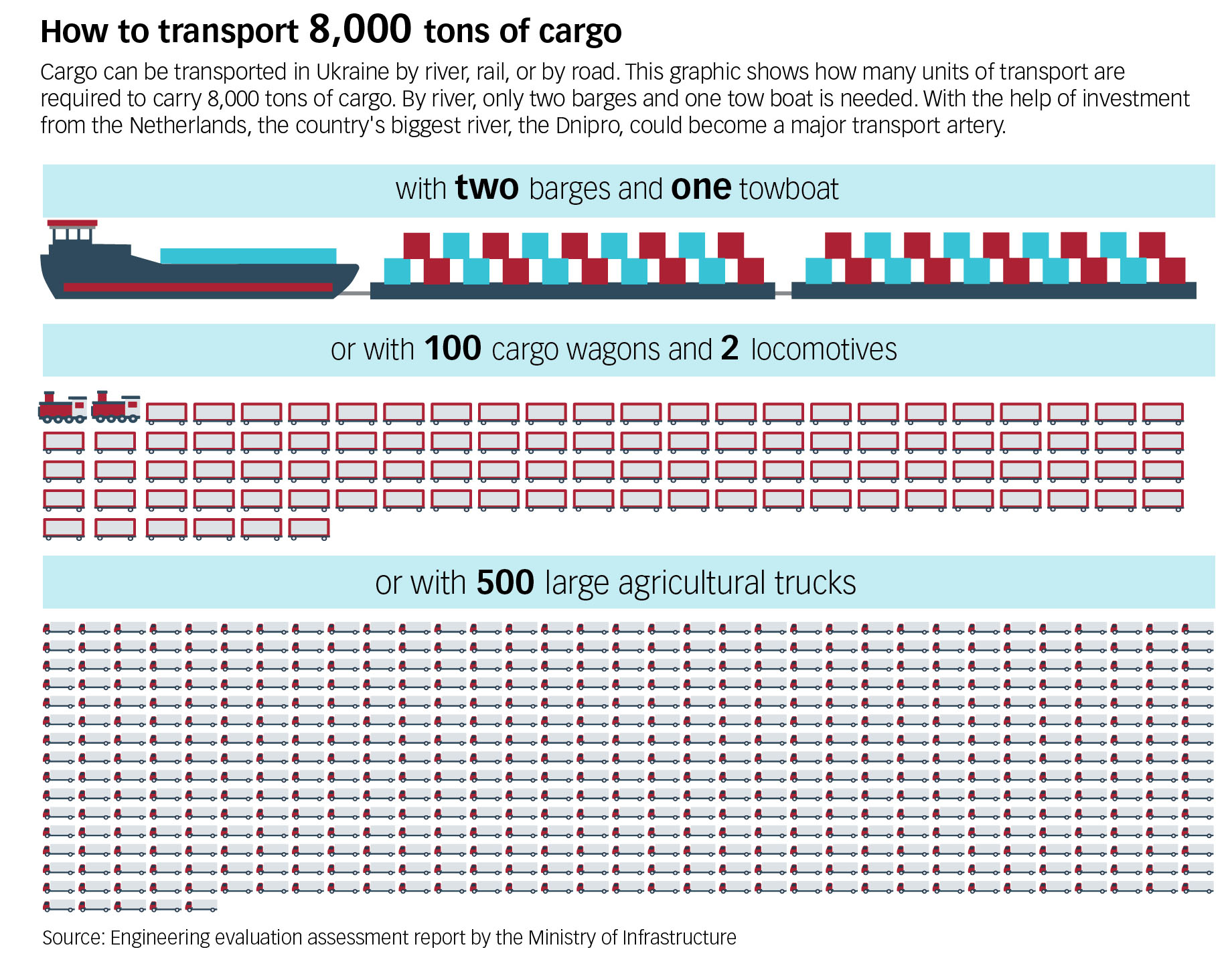 Switching to the use of more river freight transportation could easily become a reality with the adoption of a draft law on river transport. But proposed legislation has already been rejected twice by the Verkhovna Rada, Ukraine’s parliament.
Alexandra Klitina, head of the Infrastructure Ministry’s reform support group in Ukraine, said that a group of members of parliament are blocking the approval of the law.

The group includes Andriy Vadaturskyy, the son of Oleksiy Vadaturskyy, general director of Nibulon, one of Ukraine’s largest grain exporters that transports its grain via the Dnipro River, Klitina said. According to her, the company doesn’t want to share the river and its infrastructure with other businesses that would come if the law on river transport is passed.

“(He is) certainly networking there,” she said, adding that the company is lobbying for its interests through Vadaturskyy’s son, who has partnered with the 20-member Radical Party and the 26-member Samopomich Party to “defend” the interests of Nibulon.
Every two weeks the parliamentarians add corrections to the draft law to delay the process, Klitina said.

“They are blocking the law,” Klitina said.
Nibulon did not respond to a Kyiv Post requests for comment by the time this article went to print.

“The adoption will not lead to a revival of the Dnnipro as the main waterway of Ukraine, as its authors tell,” he said. “These are just empty slogans behind which are hidden corruption risks and schemes.”

Roman Semenukha, Samopomich Party’s spokesperson, denied Klitina’s claims of lobbyism. He confirmed he is against the draft law but said it is because it would combine Ukraine’s three river regulators into one, concentrating too much power in a single government body.
Veronika Yakovleva, spokesman of the Radical Party, denied the claims as well.

“Our party is one of the smallest in the Verkhovna Rada, so we cannot block the adoption of any law,” Yakovleva said.

According to European Bank for Reconstruction and Development, or EBRD, Ukraine urgently needs $57 million to improve the Dnipro River infrastructure. The EBRD and the European Investment Bank say they are ready to finance the development of the waterway — if the draft law is passed.

With the full reconstruction of its locks, the Dnipro River’s freight transportation capacity could be doubled to 30 million tons annually.

Ukraine’s overall freight turnover was only 8 million tons in 2017, according to the Center for Transport Strategies in Ukraine. In the Netherlands, that figure was closer to 370 million tons, said Nadiya Kaznacheyeva, project manager at the National Investment Council, a non-governmental organization that partners with government to lure investors to Ukraine.

But others remain hopeful that the law will finally be adopted.
Albert Bergonzo, a legal expert on the implementation of the European Union’s association agreement at Egis, an infrastructure engineering company, says that the law will most likely go through soon.

“The law is in line with EU standards, and I have the feeling that it’s moving forward; and there is very much hope that it will be adopted,” Bergonzo told the Kyiv Post.