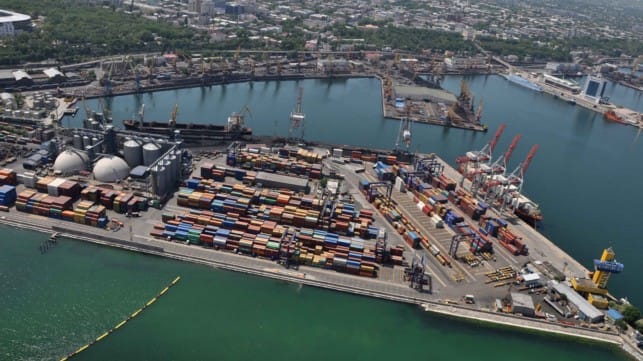 One of the projects envisages the construction of a container terminal in the port of Chornomorsk, while another project stipulates for the modernization of the port of Yuzhny, the USPA said in a statement.

“For us, this is a significant step forward in terms of the quality, the scope (of the works) and the new global business approaches that will be introduced in Ukraine,” Omelyan was quoted as saying in the statement.

Ukraine, which set a target to become an important transit hub between Asia and Europe, last year has launched a major renewal of the country’s port infrastructure, which envisages modernization of all 13 maritime ports.

The Beijing-based China Harbor Engineering Company won the tenders to carry out dredging projects at the Chornomorsk port and at the Yuzhny port. The projects are aimed at boosting the handling capacity of the maritime facilities.